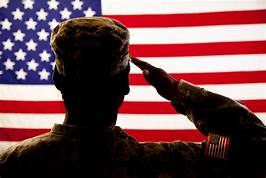 “Our flag does not fly because the wind moves it… it flies with the last breath of each soldier who died protecting it.” – Unknown

To serve all Michigan public community colleges and universities in their efforts to support student veterans, military service members, and their family members.

The CMVE was founded as a grassroots effort out of Central Michigan University in 2010.

The Michigan Association of State Universities (MASU – formerly Presidents Council State Universities of Michigan, PCSUM) and the Michigan Community College Association (MCCA) helped to formalize the consortium and, in early 2012, Michigan’s 43 public colleges and universities joined with other key partners to create the Consortium as a statewide network to improve support for our veteran and military-connected students. In 2015, CMVE received a generous three-year Kresge Foundation award to ramp up its work. This award has reinvigorated the consortium and CMVE stands readier than ever to carry out its mission to help Michigan’s colleges and universities best serve our nation’s heroes.

The primary goal of the Consortium of Michigan Veteran Educators is to increase the number of service members, and their families, who take advantage of the educational benefits that are available to them such as the G.I. Bill.

As part of this critical goal, the members of the consortium are also focused on ensuring veterans that enroll in Michigan’s public postsecondary institutions receive the support they need to successfully complete a credential that will lead to gainful employment and productive lives. A secondary goal of the Consortium is to serve as a convener of college and university staff to provide for professional development opportunities and sharing of best practices to better support the student veteran population.

CMVE’s Steering Committee diligently reviewed and revised the Consortium’s By-Laws, which was presented and ratified at the 2018 Conference: CMVE Bylaws approved at the 2018 conference.